Focus on freedom of choice: new MICE and business travel solutions were discussed at ACTE Forum in St. Petersburg

The fifth anniversary ABT-ACTE Russia Saint Petersburg Business Travel Forum closed in the Northern Capital on August 24th. More than 130 representatives of the business travel industry took part in the event. They spoke about OBTs, argued on the benefits of RFPs, lifted the veil of secrecy of NDCs. Traditionally, the range of topics discussed at ACTE forums is wide, it involves not only the issues of event planning and the business travel industry itself, but also the related problems of the aviation industry, the sphere of hospitality, etc. However, one can make a general conclusion from the variety of reports presented: single solutions, suggestions, systems and standards may not be popular, the mere presence of choice is good. 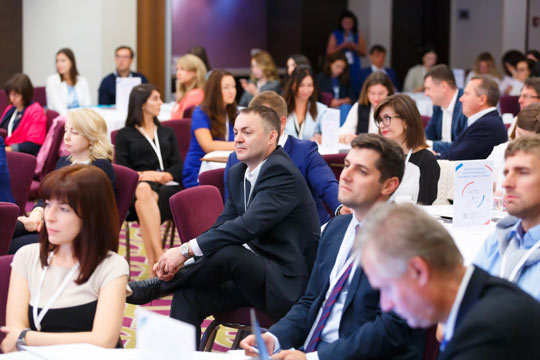 The business part of the forum started with a panel discussion of the advantages of neutral online booking tools. The followers of such a solution in the person of the representatives of Nexta and Raketa.Travel insist that the use of an independent platform will provide more freedom of choice to the customer. The role of an agency will shift from an intermediary to an advisory one, which will increase service quality and detalization of information provided, Andrey Zubkov, director of Starliner, is convinced. Developers note that the system has both pros and cons: according to Dmitry Shamin, director of Nexta, the advantage of a neutral online booking tool, for example, is the absence of hidden commissions and fees for the majority of services, but it requires an increase in maintenance costs or a monthly fee should be paid. Instead of one contract with an agency, you have to sign separate agreements with various providers and OBT developers. However, there is supposed to be an opportunity to automate reconciliation. Different providers will have different financial conditions, but from the point of view of reporting, consolidation of orders is possible. Thus, the neutral tool implies a higher degree of the customer`s involvement into process of business trip planning and provides more freedom of choice to him. Including an opportunity to change the agency without losing funds spent on process integration before.

NDCs are in the focus at last

As they continued the topic of the use of advanced technologies in the industry, Dmitry Maryin and Konstantin Lutoshkin from UNIFEST Travel told event participants about the prerequisites of formation and the prospects of NDC development. In the speakers` words, the new distribution standard will actually create a new communication environment for airlines and agencies. Nowadays carriers compete at the level of their brand to a large extent. As the popularity of NDCs grows and agencies have an opportunity to learn more about additional options onboard, the value of the product itself will increase. According to Dmitry Marin, for the past seven years the growth of carriers` revenues from their fares amounted to about 2%, whereas revenue growth from the sale of auxiliary services – to about 41%, which means, it is economically feasible for the carriers to expand maximum information about their product not only through advertising channels. 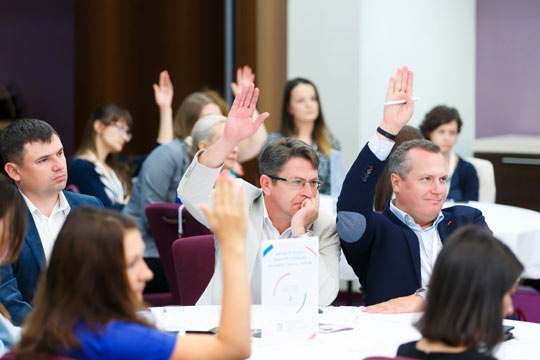 As for a travel manager or a corporate buyer, it is important, that the travel policy, contracts with airlines and other cooperation terms will be initially included into the system: the airline, on its part, will know what passenger is travelling, what preferences he has, and will make offers that are adapted to the needs of this very passenger to the fullest extent possible. "Since not only basic fares, but also services are indexed nowadays, we can assume that the travel manager will have more control over service visualization. If we, according to the travel policy, are not allowed to have a second luggage piece, we won't see the corresponding offers", Konstantin Lutoshkin says.

By 2020 20% of bookings are supposed to be made through NDCs. "We all should admit that it is already the case. Radical changes that will make travel management and corporate customers change the business format completely, will probably not occur. But it is definitely necessary to draw certain benefits from all this, including development of a travel policy. And one of important points is the opportunity to evaluate providers", speakers sum up. NDCs won't immediately replace the existing order of communication through GDSs, as it requires a long research, expenses, including intellectual ones, for introduction, and new working skills. But this standard will the expand opportunities of interaction between market players.

Business travellers are for independence

The freedom of decision-making is important not only at the B2B level, but also for each particular business traveler. In her report on industry digitalization, Yulia Manuylova, CEO CITY TRAVEL, among other issues noted that 85% of travelers want to be offered a more customized approach from the beginning to the end, when they plan their trips. Even when they travel on business, people want to have more freedom of choice. The same thesis was confirmed by Alexander Mishin from Biletix, as he announced the results of a passenger survey conducted together with ABT-ACTE Russia and confined to the forum. According to the data, received during the poll of 1700 frequent fliers, nearly 63% of them prefer to plan their trips themselves, less than a quarter want business trips to be arranged for them. As they answered the question about what options of mobile applications for business trip planning they found the most useful, almost a half of respondents noted that the opportunity to compare offer prices, dates and other parameters was important.

The thesis about the importance of a flexible approach and the importance of the freedom of choice may well be adjusted both to an individual traveler, and to business processes, it is relevant for the airline industry and business travel, for the hotel industry. As for the latter, by the way, the different pricing principles have also been discussed. Should a direct contract or an agreement with an agency be concluded, is it better to work through RFPs or to use BAR? There are arguments for and against. One can argue and decide what is more or less profitable, but the mere fact of the presence of various decisions, communication channels between providers and customers and an opportunity to choose are already a big plus for the development of any business, especially such a dynamic one and sensitive not only to the general economic situation, but also to the needs of real people, as business travel.