The new partner of the Russian Association of Business Travel is Radisson Blu Hotel, Zurich Airport — the largest congress hotel in Switzerland; it is suitable for individual tourists as well as for business travellers. The hotel offers 330 rooms, including 6 Charme suites and a spacious presidential suite. As for business travellers, there are 23 conference halls, a video conference room, 2 guest offices, 4 big halls, elegant lounge zones and comfortable meeting rooms. 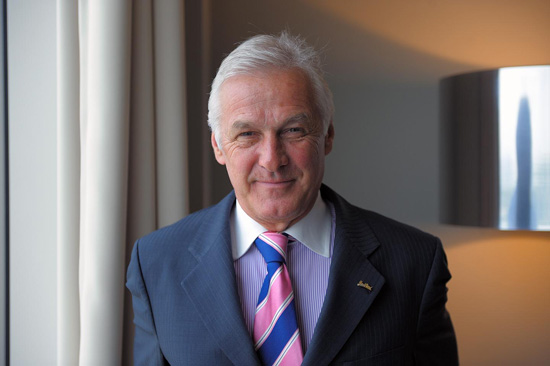 Mr Knechtli told ABT about the hotel’s advantages for business travellers, the unique Wine Tower show and amazing possibilities of Zurich airport.

— Radisson Blu Hotel, Zurich Airport is almost one single building with the airport. Do you think such a location is an advantage?

— Of course, it is of primary importance. A 5 minutes` walk from the hotel and you are at registration desks of the airport. Many of our guests appreciate it.

Zurich airport is famous for the fact that it is considered to be one of the cleanest and speedy in the world. Despite its compactness, it offers tourists all necessary services and even more — an opportunity to visit Airport Fitness & Wellness Club, a fully functional fitness centre. Besides, our guests have special discounts there. 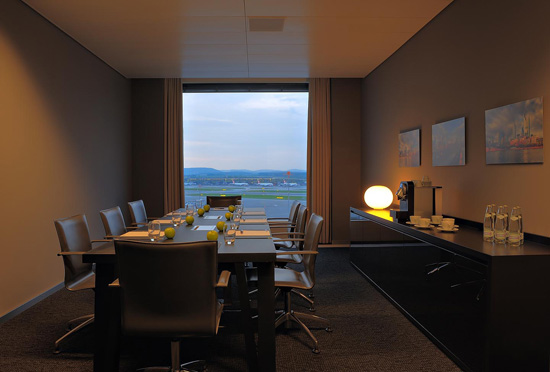 Zurich airport is a perfect shopping mall as well. You must admit that few airports can offer more that 80 shops, boutiques and cafes under their roof. It means that even locals come to shop here!

And I can proudly say that another place of interest is our Wine Tower where more than 4000 bottles of wine from all continents of the world are stored. It attracts everyone’s attention and contributes to the hotel’s special atmosphere. 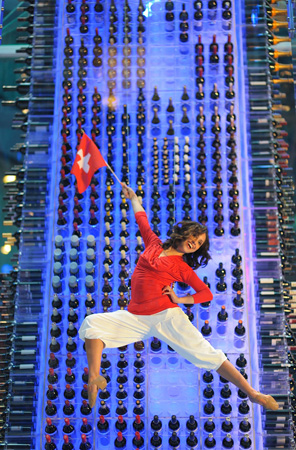 — How far is the hotel from the centre of city?

— It will take you 10 minutes to get to the city centre by train and about 20 minutes by car (depending on traffic). Radisson Blu Hotel, Zurich Airport will be an ideal place to stay for those who do not want to spend a night in Zurich.

— Guests from what countries are the most frequent visitors in your hotel?

— These travellers mainly come from Germany, Great Britain and the USA.

— Do frequent travellers account for a large percent of your guests?

— Yes, about of all the guests come to our hotel regularly.

— What event facilities does your hotel offer?

As for those, who plan events, we have 52 meeting rooms on three floors. The hotel has a parking for 54 cars with the exit to the 8th floor. Businessmen can use guest showers, modern equipment and have a good choice of restaurants. Business travellers usually choose our hotel for their meetings due to our high service standards and an opportunity not to waste time for their journey to the city centre.

— The hotel is justifiably proud with its Wine Tower. Could you please explain what it is to the readers who have not had an opportunity to see it themselves? By the way, whose unusual idea was it?

— The idea belongs to Kurt Ritter who ran our hotel before. The concept is really unique: there are only three Wine Towers in the world, and Radisson Blu Hotel, Zurich Airport has the highest one. Another two are in Las Vegas and London. What is it? It is an unparalleled way of storing and demonstrating vine and champagne. When a guest chooses wine, Wine angels flow up and accompany their flight with acrobatic stunts, thus entertaining and astonishing all the guests in the lobby. This is worth seeing at least once, because no video can reproduce such emotions.

— Would you prefer to live or to work in Switzerland?