Galina Berezovskaya, Air Charter Service: «To rent a plane is easier than many people think!»

Galina Berezovskaya, marketing manager of Air Charter Service, is speaking about the difference between a charter and a cheap ticket to Turkey and about why not only top public officials, Oscar-winning film directors or pop-divas, but also average employees can rent a plane, if they want to visit a football match. 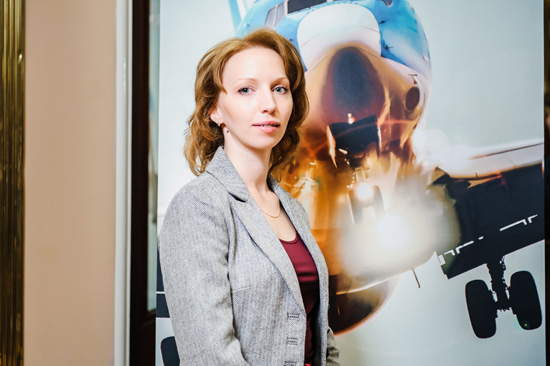 — The English word «charter» literally means «a chart», «a statute» or «an agreement». This word is traditionally used to define an agreement between a transport owner and a renter (or a freighter) of rental of the whole means of transport or of its part for a certain period of time or for a certain trip. A charter does not always refer to air transport. You can rent a yacht for your vacation, for example.

Of course, a charter is associated with aviation and charter tickets first of all. And here the question arises: how can we compare cheap air tickets with the rental of a personal plane? And why are they so cheap, as a matter of fact?

— Can you remember the famous story of Richard Branson that forced him to establish his own airline? He wrote in his book «Naked business»: «Joan and I were stranded in an airport in the Virgin Islands on route to Puerto Rico after an American Airlines flight was cancelled. The terminal was full of stranded passengers. I had had enough. I called a few charter companies and agreed to charter a plane for $2 000 to Puerto Rico. I borrowed a blackboard, divided the charter cost by the number of people stranded, and wrote down the number. We got everyone to Puerto Rico for $39 a head.» I think this situation gives exhaustive answers to all the questions.

A charter in its common reading is never regular (hence flight delays that sometimes occur). It is usually customized for a certain client who has hired the aircraft from an airline to make a certain flight and has paid its full price. It is convenient for the airline because it has no risk of selling too few tickets and suffering losses. Then the customer divides the price he has paid by the number of seats in the plane and sells ticked having added his profit. In fact, when you buy tickets to a flight like that, you buy part of a leased plane from a ticket tout who just managed to arrange everything properly.

There is a simple rule: in order to make larger sales profit you should cut costs. In case of a charter flight, costs are cut by sparing on meals, technical and cabin equipment, the age of the aircraft. To put it simply, on comfort. This is why many ordinary passengers associate a charter flight with a low price and very bad service.

The conclusion is: a charter is plane rental, both in case you pay for the whole aircraft, and in case you buy only one seat in it. But he result is different.

— It turns out, that if you gather a group of friends and make a certain financial investment, you can rent a whole plane?

— Absolutely right. And it has long been a common practice in Western Europe. Groups of football or music fans split the cost of the plane in order to get to the place where the match or the concert will be held.

And it is as real in our country as in Europe. Moreover, prices are approximately the same. The problem is that not all people know about it and very often this idea occurs at the last moment, if it does occur at all. In the post-soviet space rental of a private plane is still associated with something very expensive and unaffordable. And in fact, private aviation is not a privilege of Hollywood stars or cabinet ministers.