“New, sometimes even extraordinary environment lets you get to know better people you are used to deal with every day on working routine. Common memories, nice impressions, jokes that will be now familiar only to those who took part in the trip – this is the best present for your colleagues and partners you can ever make”, Natalia Gorbacheva (ABT-ACTE Russia) is convinced. The staff of the Russian Association of Business Travel and the Business Traveller Magazine went on an incentive trip in November – they spent three unforgettable days in the capital of Azerbaijan. 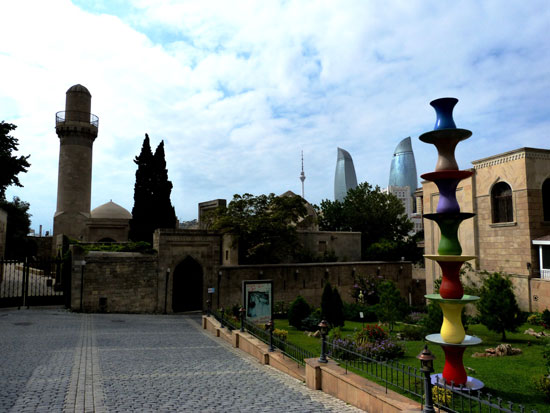 The group stayed at Fairmont Baku Flame Towers. In Artem Velichkin`s words (VERY VIP project), the hotel astonished everyone with its adornments and panoramic views over the city and the Caspian Sea. “We liked spacious rooms, friendly staff and a good hamam”, Artem says.

Natalia noted that the hotel offered excellent facilities both for groups and individual business travellers. “The scale of luxury in Fairmont Baku amazes you the moment you enter the lobby. The view from the windows is excellent any time of the day! Due to hotel location, guests can see the sunrise over the Caspian Sea and the night lights of the city and ships at night”, Ms Gorbacheva added. 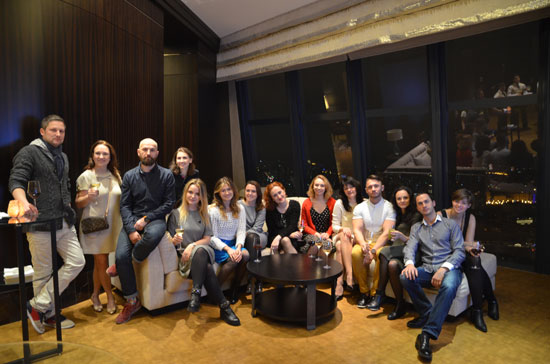 Trip participants tried local cuisine in national restaurants, king suite Fairmont, conceptual restaurant of Intourist Hotel (Autograph Collection Hotels). Excursions were provided by Tour A Vent, a destination management company. The program included a tour of the Ancient city and Baku bazaar, an excursion to Heydar Aliyev Center, the Temple of Fire Ateshgah, the Burning Mountain Yanar Dag. All the travellers are grateful to Tour A Vent and Fairmont for warm hospitality, a comfortable stay and exciting excursions!

“The trip to Baku has made a deep impression on me! This is the case when the reality has surpassed expectations! Everything in the city is made of expensive materials and of high quality – Baku can be called the Dubai of the Caucasus. I was surprised by the amount of interactivity in the museum – everything is like in the largest capitals of the world! Besides, people in Azerbaijan are incredibly friendly and hospitable!” Nikolay Tsaplin (ABT-ACTE Russia) says. 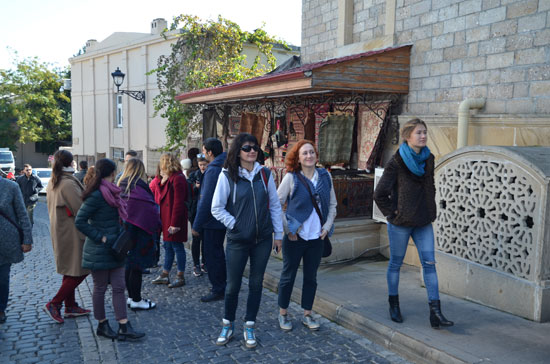 As Irina Mikhalkova (ABT-ACTE Russia) admitted, her brightest impression of the trip was the visit to Gobustan National Park: “I was impressed not by the rock engravings themselves, but rather by the combination of the sea, the sky and the space-like landscape”.

Julia Selivanova (ABT-ACTE Russia) was impressed by the attitude of the locals to their city and its history: “Reverent stories about the largest flag, the highest building or extensive plans to build an artificial island – all this is not about the ego of the nation, but about their love to their country! Someone reproaches Baku for the lack of historic look: some come here in search of an atmosphere of an ancient eastern city and get disappointed after they see that everything is relatively new here. Country inhabitants are shaping their history right now and forming the look of the city – invite the best architects, wash the streets till they are almost polished, add columns and porticos to Soviet-era apartment blocks… And it is what really deserves admiration! Bakuvians crave to be modern and sing tender songs about the past. And let the holy star Sirius bring happiness to this city of winds, sun and gods!” 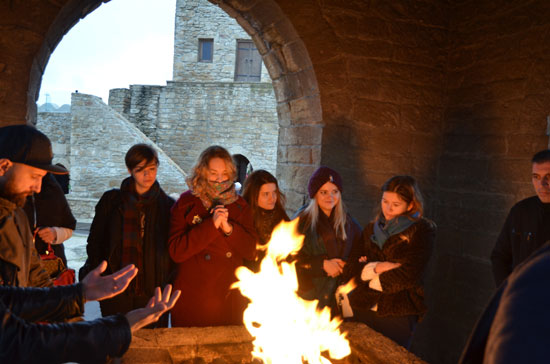 “I have fallen in love with Baku! The city has a warm, friendly atmosphere imbued with the salty wind and good intentions. Monuments and parks, carefully shaped trees and clean streets evoke the feeling of respect for the inhabitants and the nation in general”, Artem Velichkin notes. “Are tours to the capital of Azerbaijan necessary? Many corporations demonstrate their business interest in Baku, so it will be good to arrange a trip to get acquainted with the culture of the emerging eastern country, and a reasonable step to ensure business growth. 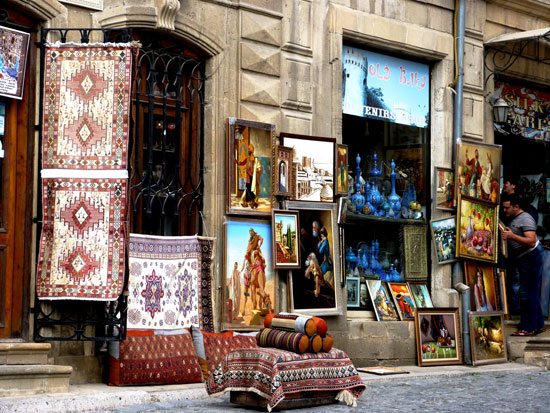 “By the moment we came to Baku, our edition had already been working on materials on this destination”, Margarita Gorelikova (The Business Traveller) said. “And I am glad that personal experience in this sunny city has convinced me that Baku is ready not only to offer high quality service, but also to surprise hard-to-please business travellers”.

“We have spent unforgettable time with our colleagues in new surroundings. As this short trip was planned as an incentive trip for the team that arranged large and complicated events in September, the aim was achieved”, is the opinion of Irina Mikhalkova. “Beautiful landscapes, the landmark hotel, wine, the sea and incredible cordiality of the locals – all this has made an impression, we felt welcome guests. And what else does a traveller need, even a business one?”

“Thanks for the sunny break in the city of winds”, Natalia added. “We will definitely come back here!”