To cut business travel costs by 20% without reducing the number of business trips and their service level – this was the task one of the customers set Unifest, and the TMC even managed to beat the target. The executive director of the company, Gleb Baron told the audience about what the experts had done, at ABT-ACTE Russia educational session “Year`s results” that was held in Swissotel Krasnye Holmy on December 12. 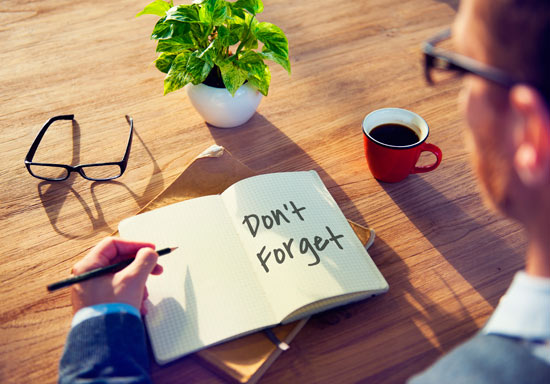 UNIFEST received the request of a foreign pharmaceutical company with the volume of business travel amounting to 60 million rubles per year right in the peak of the crisis. "Of course, the reduction in the number of trips was out of the question – in the pharmaceutical business cancellation of business trips automatically means a considerable reduction in sales volume", Gleb said.

In his words, the first thing the agency did was to evaluate, whether the employees complied with the travel policy all the time. The compliance rate turned out to be 76% of cases - the result was not bad. UNIFEST managed to bring the rate up to 87%. It resulted in 1% of economy. Then additional agreements with partners and providers were concluded, in particular, with airlines, which allowed the company to save another 2%. Hotel program enhancement brought another 4% of economy, introduction of online booking - 2%. As the result, they managed to cut costs by 10%, i.e. 6 million rubles.

"I will reveal a secret to you: absolutely any company with a certain will power can get these 10% without any effort, I will not even dwell on it in detail", Gleb said. "And then the most interesting starts - where can you get another 10% or even more?"

The expert pointed out, that the TMC did not have a variety of options - either to reduce the amount of hotel stars and the service level during the flight, or to change the travellers' behaviour. UNIFEST experts decided to follow the second way. It turned out that at that time 47% of airline tickets were purchased by the employees less than two weeks before the flight. "It is very bad planning", Gleb noted. "We set the target to reach the level of 70% of business travellers buying their tickets two weeks before the departure or even earlier. And we faced an interesting phenomenon - administrative directors appeared to be afraid of imposing new limitations upon their staff".

Then it was decided to introduce an additional approval procedure: if a business traveller purchases the ticket less than three days before the flight, he has to come up to the financial expert and to explain the reason for doing so. "If course, no punishment was going to be introduced - we just created an additional obstacle. And it worked! For the first two months the amount of tickets booked in advance grew from 53% to 87%, and now this figure has reached 95%. The most interesting thing was the fact that for all these months only a few employees came up to the financial expert to provide their explanation! Which is understandable: nobody wants to explain anything to anyone on every occasion, it is easier to plan your trip beforehand. And the conflict situation does not appear in this case", Mr Baron explained.

The company also suggested the customer introduced the minimum logical fare rule: if the employee has a choice of several flights, he should book the one with the lowest fare, on condition that it is not a night flight and it does not have a several hours` connection. The customer was sceptic about the idea but agreed to try doing so. The problem was that the majority of business travellers of the company booked Aeroflot, because they were convinced that it was the only reliable air carrier in Russia. “But we managed to overcome this prejudice with the help of an independent rating of a European agency, according to which Ural Airlines, S7 Airlines and many other air carriers did not at all lag behind Aeroflot in terms of their safety level.

Another suggestion was to completely revise the hotel program and to reduce its accommodation limits without a decrease in quality. “The customer could not at first believe us that we would be able to offer them worthy options. But we did it! The company started spending on accommodation 1.2 thousand rubles less than before, and its employees did not have to move from 4 star to 3 star hotels. By the way, please note, that when we were talking about flights, we did not move anyone from business to economy class as well”, the expert stressed.

As the result, the customer`s travel expenses fell by 29%. “I personally have arrived at several simple rules”, Gleb said. “First of all, control is always better than its absence. I know companies that refused from TMC services and let their business travellers “float freely” with corporate cards – their travel costs grew considerably, in some companies as much as by 70%”.

The second rule is the following: the minimum non-refundable fare is always better than a more expensive refundable one: “On average, employees return 9% of their tickets per year. In order to really cut costs by paying more for the opportunity to get a refund, you should have not less than 50% of returns. In all the other cases, it would be cheaper to purchase non-refundable tickets, to return them and to buy new ones. Of course, I am not speaking about trips for top managers – their rules and limits are completely different”.

The main problem in Gleb`s opinion is to find the right approach to the staff. “Travel rules should be simple, flexible and easy-to-follow, otherwise they will remain ink on paper. If the employee has an impression of being hurt, saved on, the result may be disastrous! No cost cutting is worth losing staff`s motivation”, Gleb concluded.